Crystal Healing | History and Science Behind This Ancient Practice

“…we know that quartz can store huge amounts of data, and that crystals are

used in everything from watches to computer chips to cars.” 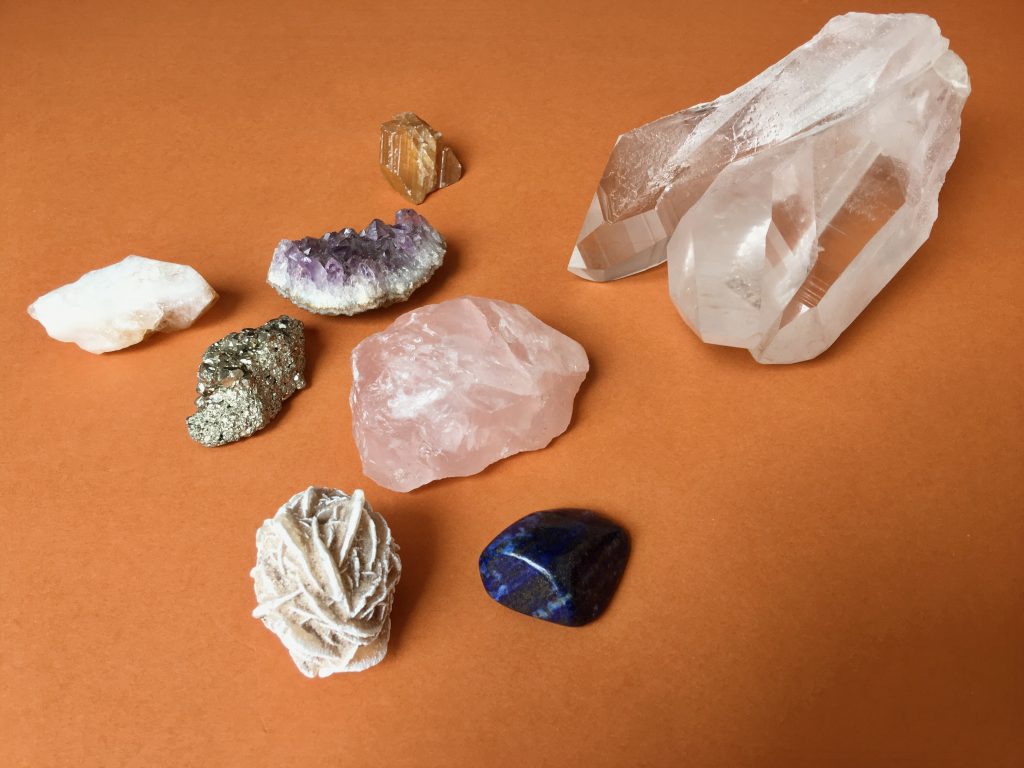 The use of crystals has a long history of satisfying the spiritual needs of humankind. In almost every time period and culture around the world, people have been attracted to crystals — like gemstones, minerals, or semiprecious stones. We give diamonds as a promise of love and marriage. We gift sapphires as a symbol of fidelity. Sailors carried aquamarine to calm the sea and ensure a safe return home. For centuries, crystals have been used as symbols of power and ornamentation, but their purpose transcends their beauty. Crystals have a sacred power — a purpose discovered in ancient cultures and still practiced today.

Each month, we feature a special crystal of the month and its properties. Like a blacksmith using her anvil or a cook sharpening her knives, it’s important to understand your tools and how they work if you desire to harness the power of crystals and what they have to offer.

A History.
Ancient civilizations around the world used crystals both as ornaments and functionally for medicine, rituals, healing, meditation, protection, offerings, and currency.

One of the earliest references is in the Enûma Eliš. This is known as the Creation Epic, recorded in Old Babylonian, and references the great god Marduk heading out for battle. Between his lips he carries an amulet made of red stone for protection. These clay tablets date back to 7th century BCE, but some believe that the composition of the text dates back to the Bronze Age or early time of Hammurabi (c. 1792 – 1750 BCE). The reports throughout history are plentiful.

Paleolithic gravesites in Switzerland and Belgium yielded jewelry made of jet. The Bishop of Rennes in the 11th century claimed that agate would make the wearer agreeable and persuasive. Ecclesiastical rings in the 12th century favored sapphires. Historical documents from Ancient Sumerians of Mesopotamia reference the use of crystals in magic formulas. Ancient Egyptians used lapis lazuli, emerald, turquoise, and clear quartz in their jewelry for protection and health and constructed healing elixirs made of crystals. In Ancient China, Chinese emperors were buried in jade armor. China and South America also used it as a kidney healing stone.

In 1880, two French Physicists, Jacques and Pierre Curie, made a scientific discovery. The Piezoelectric Effect revealed something that generations already knew because they felt drawn to use them: crystals emit forces. In short, piezoelectricity is the electrical charge that accumulates in crystals (also in bones and DNA) when subjected to pressure. With their knowledge of pyroelectricity and their understanding of crystal structures, they could predict crystal behavior and demonstrated this using crystals like quartz, tourmaline, and topaz. This was one of the first times that crystal energy was confirmed scientifically. But it wasn’t the last.

We Are Made of Star Stuff (And So Are Crystals).
Have you heard the phrase, “We’re made of star stuff?” We know that stars shine by burning hydrogen into helium in their cores. Many stars have small amounts of heavier elements like carbon, nitrogen, oxygen and iron, which were created by stars that existed before them. This is important because Quantum physicists and Metaphysicists now agree: Everything in the Universe is made out of energy.

Quantum physics tells us, at the smallest level, the human body is made up of particles: mostly atomic nuclei and electrons. In order of prevalence, the human body is comprised of mainly oxygen, carbon, hydrogen, and others such as calcium, phosphorus, potassium, sulfur, sodium, chlorine, magnesium, and more. Chris Impey, an Astonomy Professor at the University of Arizona says, “Because humans and every other animal as well as most of the matter on Earth contain these elements, we are literally made of star stuff.”

But humans and stars are not the only things that share matter and these particles. So do crystals. For example, just as human bodies contain oxygen, Quartz is a chemical compound consisting of two parts oxygen and one part silicon. Sapphires are an aluminum oxide (aluminum and oxygen) with a trace of titanium. Diamonds and graphite, like humans, are comprised of carbon.

Why does this matter?
Nikola Tesla, inventor, engineer, and physicist who was one of the first to identify “radiant energy”, also notably famous for early X-ray imaging, early wireless communication, power transmission, among other things, was fascinated with the energy in the universe. He voiced what the rules of modern quantum physics say: all things in the universe are forms of energy with their own frequency and vibration — including crystals. Tesla was adamant that this concept was critical to understanding the universe and proved that energy could alter the vibrational resonance of other forms of energy. He is recorded as saying in 1900, “In a crystal we have the clear evidence of the existence of a formative life-principle, and though we cannot understand the life of a crystal, it is none the less a living being.” This well-respected scientist and physicist is also famous for saying, “If you want to find the secrets of the universe, think in terms of energy, frequency, and vibration…”

This is precisely how healing crystals, stones, and minerals work. They alter the vibration of bodily cells and chakras — in short, impact energy in all beings. Because each stone has a different composition, its energy, purpose, and effect on human energy differs depending on the stone, placement, and use.

Crystals in a Modern World.
Studies have shown that cell phones, computers, televisions, and power stations are not good for us. We’re constantly bombarded with radiation from computer equipment, which means exposure to EMF (electromagnetic fields) from computers and cell phones, as well as radio-frequencies (RF) radiation from things like Wi-Fi. The World Health Organization (WHO) and the International Agency for Research on Cancer (IARC) have agreed that electrosmog is harmful, and a possible carcinogen to humans referencing their research on an increase of glioma, a type of brain cancer associated with cell phone use.

Humans are energy and have an electromagnetic field. When we are exposed to an artificially created field higher than ours, our bodies become distressed. EMFs alter the hormones that control our immune system, sleep cycle, and overall health.

Knowing what Jacques and Pierre Curie, Nikola Tesla, and modern rules of quantum physics has explained, everything has energy. The laws of physics and the laws of thermodynamics explain, you are an open system. You exchange matter and energy with your environment. All of the exchanges of energy inside you, around you, and between you and your surroundings, are an exchange of matter and energy. Further, our auric field or electromagnetic field around the human body and any organism, can be modified by other energy. Like protection of our auric field with gemstones and crystals.

Notably, black tourmaline and shungite are crystals known to reduce toxic energies. Amazonite and rose quartz act as shields and barriers between you and electromagnetic pollution, when placed between you and a source of electrosmog. Amethysts, zeolite, and tourmaline crystals create negative ions, which assist the body in repairing cellular damage.

As history has shown, crystals aren’t only good for battling electrosmog or reducing electromagnetic pollution. Crystals can be used for a myriad of purposes, including crystal therapy, meditation, creating a sacred space, chakra alignment, yoga, and spa treatments to name a few.

Use the sacred power and purpose of crystals to heal and guide your life. Your energy will thank you.

Read more about these stones and their uses:
Amethyst: https://werewild.co/february-crystal-ritual-amethyst-and-self-reflection/

This information is not intended to diagnose or treat health conditions. 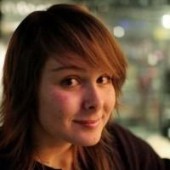 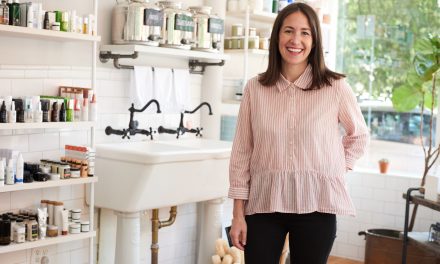 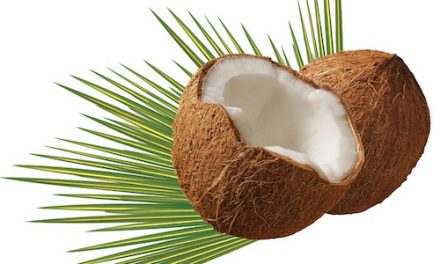 My Own Private Island | A Coconut Buying Guide 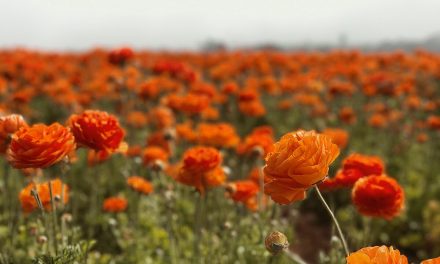 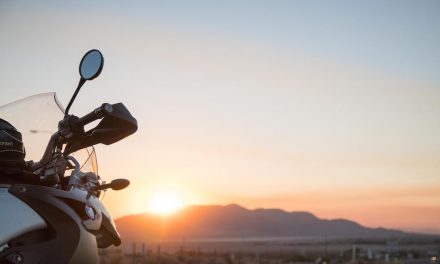