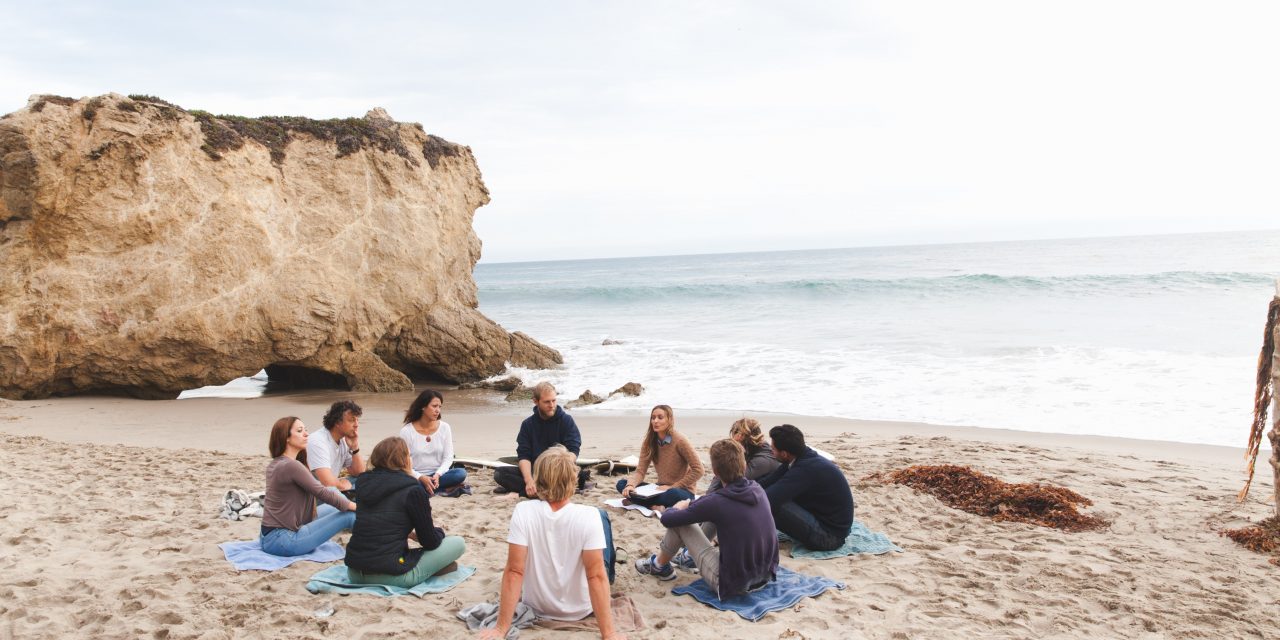 “Basically, the program starts out by prepping the participant to realize how hard the journey of sobriety will actually be. The metaphor is discussed on the sand before the surf session, but it is actually realized when the participant gets on a surfboard for the first time.”

I was making my usual cursory scroll through of Facebook one morning when I stopped on a post from an acquaintance who owns and runs a recovery center in Malibu. I’ve visited his spot before, Riviera Recovery, and the work he’s doing is really incredible. He posted his support of another local program called Saltwater Sessions followed by a link to a recent article chronicling it on The Inertia. I clicked, read, and instinctively took to searching for their website and contact information. SS is this groundbreaking adjunct to treating addiction and mental illness, in my estimation. The concept seems simple and obvious, and yet this must be a mirage because it stands apart as the first of its kind, in a way. What did I want to ask them? I wasn’t exactly certain, but my compulsion to simply “know” people who are engaged in meaningful or intriguing work is nothing new. Clarity and collaboration – those usually come after friendships are formed anyways.

Background.
I found that Saltwater Sessions was founded by a woman named Dr. Lena Dicken, who grew up in Maryland, five hours from the coast. Lena was raised vegetarian, learned to meditate at the age of 13, and became an avid surfer around 13 years ago when she moved to Kauai, two years into her undergraduate work.

Surfing fundamentally changed Lena for the better and became the antecedent to parlaying her later training – undergraduate degree in Integrative Medicine, master’s degree in Counseling Psychology and a doctorate in Clinical Psychology – into researching, creating and piloting an intensive surf-based mindfulness and recovery program. “Oh, the places you’ll go!” if you just start down the path, right? Dr. Seuss was always steps ahead of us.

Lena ticks off improved self-confidence, strength and elemental beauty, amongst intensely challenging mentally and physically, as surfing’s core characteristics that caused her to fall deeply and irrevocably in love with surfing. All the inner and outer strength she gained propelled her to do things she’d only dreamed of: move to Central America and become a yoga instructor, teaching classes in Spanish. She also cycled 2500 miles through Southern Europe and travelled through India for two months.

Later in life, as she interned at several addiction treatment centers, she noticed that the common threshold for people in recovery to give up seemed to be just when it was most important to push forward – the crucial point. And the light bulb inside her lit up. Surfing could help. Better yet, a carefully constructed immersion into surfing paired with therapy-based protocol could help deter this devastating drop-off in a person’s road to recovery. 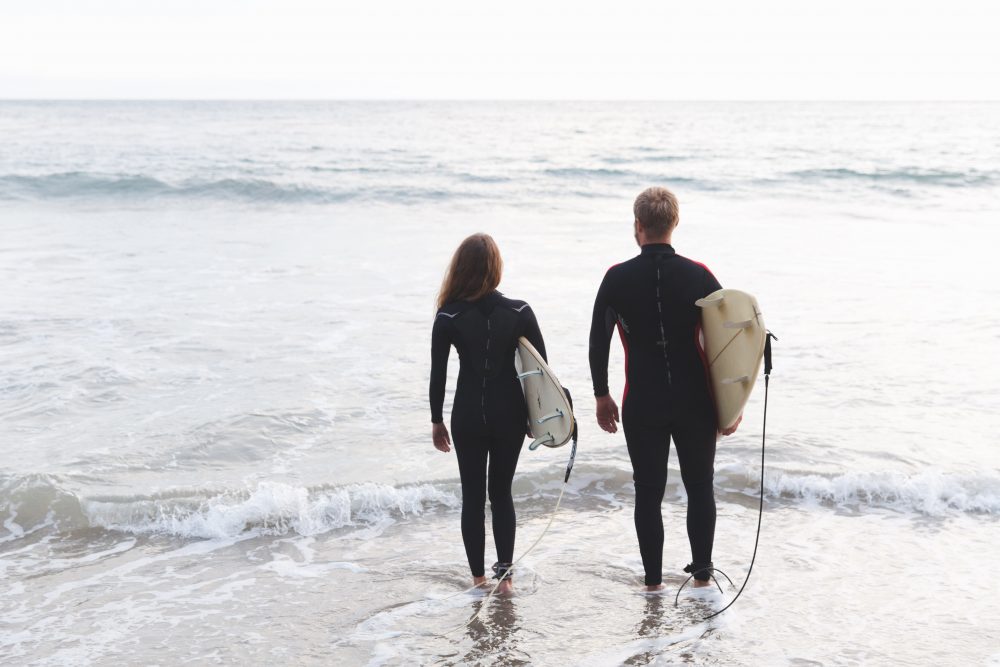 SS spans eight weeks with participants meeting once a week for three hours at a time. Each of the eight sessions is organized around a theme that frames the challenges and rewards of surfing as metaphors for life on dry land. Participants learn how to shift their perception from feelings of frustration – a hyper important feeling that can be transmogrified into extremely important human fuel – to an in-the-moment awareness of the ocean environment. These experiential acts of mindfulness reduce frustration and reactivity. Attention becomes rooted in the moment, and, most importantly, with regards to the treatment of addiction, participants are empowered to transform their own emotional response to reality. The way patients are able to gain access to SS is by treatment and mindfulness centers buying into the program and offering it as an option. 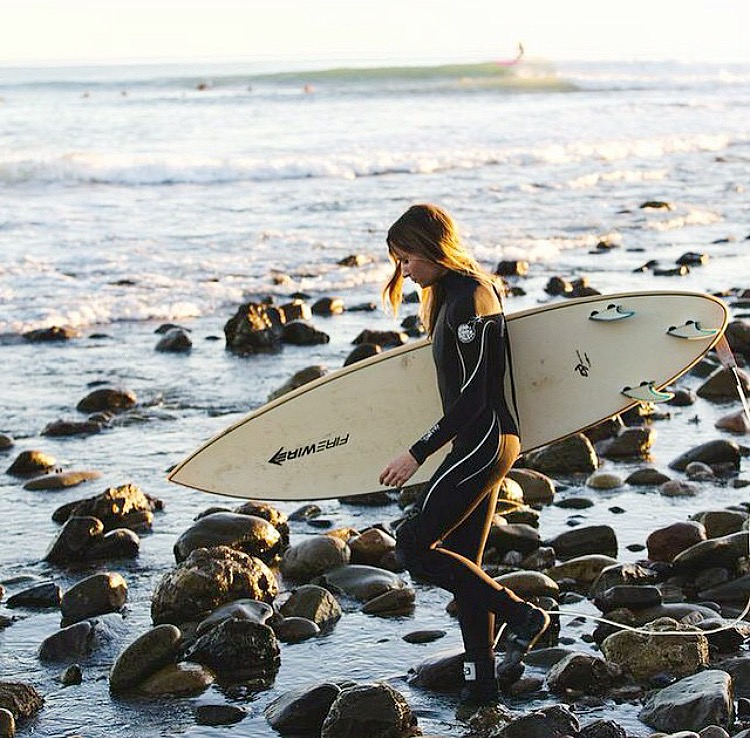 Lunch with Lena.
When Lena and I met for lunch a bit ago, and following, she walked me through some of my burning questions. By then, my interest in Saltwater Sessions had multiplied, as both mental illness and substance abuse had scattered across many of my friends and family over the years. And admittedly, as a studied coach and soon hypnotherapist, alternative modalities of healing always pique my interest.

What are some of the very real, logistical, programmatic obstacles for getting this program to treatment and wellness centers around the country?
Money, for one. Because the program requires surfboards, wetsuits, surf instructors with CPR and first aid training, and a facilitator with mental health experience, the cost is definitely a barrier. Time is another issue – time spent getting to the beach, and the three-hour program can be an issue.

One might think adding another potentially frustrating challenge atop the challenge of recovery itself is counterintuitive. What do you say to that?
The relapse rate for people who attend treatment centers is staggering (there’s lots of research in my dissertation if you want to read the first chapter). The idea is that many of those struggling with addiction finally have an a-ha moment, realize the choices they’ve been making are no longer working, and that they want a different life. They go to treatment and expect the problem will be solved. Nobody thinks they will be the person to relapse four times. Basically, the program starts out by prepping the participant to realize how hard the journey of sobriety will actually be. The metaphor is discussed on the sand before the surf session, but it is actually realized when the participant gets on a surfboard for the first time. Generally, in the first week, lots of feelings of “I can’t do this” come up, but over the course of eight weeks and eight professional lessons their perception changes. A realization that perhaps they can do other things they thought they couldn’t do replace the original feelings of failure and doubt.

Can you preview some of the other applications of nature-based therapy you mentioned you’re working on?I’m not currently working on anything just yet, just mostly studying for licensure and finishing my post doc training and clinical hours. The most I can say is I’d like to utilize the research on the mental health benefits of being in nature into a therapeutic program, somewhat similar to Saltwater Sessions but not using surfing.

Anything else you’d like to share anecdotally?
For better or worse, during my first internship and shortly after moving to LA from Hawaii, someone wrote a story about me – about how I was a therapist and surfer. Shortly after that I picked up the nickname, “therababe”, which I still get teased about from some of my friends. 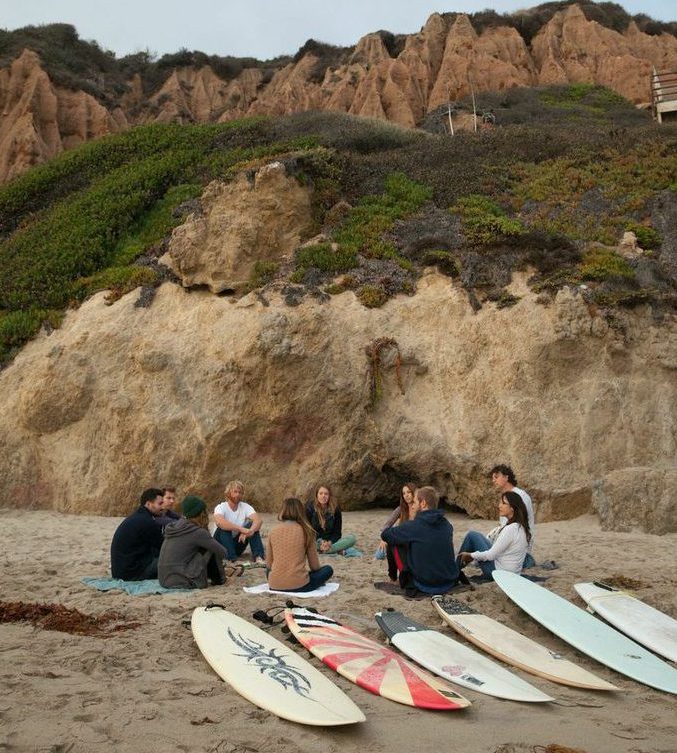 Gaining Access to SS.
According to the National Institute on Alcohol Abuse and Alcoholism, 6.3 million adults ages 18 and older had an Alcohol Use Disorder in 2014, and alcohol is the fourth leading preventable cause of death in the United States. Mental health statistics are a bit murkier, much like the treatments – and agreement amongst practitioners – of the diseases. A road I won’t even start down. I’d end up flipping the car if I did.

Creating and piloting an intensive program to address such prevalent diseases like Lena and co. have done is challenging; it’s scholastic, must be heavily researched and success provable. To integrate into larger substance abuse and mental illness programs and the firmament of the treatment world there can’t be conjecture. That “but of course” moment I had when I first read about the program that you, too, might be experiencing belies the truth – just how labor intensive creating a program like this is.

The next centers to implement Saltwater Sessions will be Launch in Brentwood and Hazelden Betty Ford in West LA, and it’s currently running at The Stable in Malibu. So what about broader accessibility? How can you go through Saltwater Sessions wherever you are in the world? For one, request it in your area – of treatment centers and of the Saltwater Sessions crew themselves (email info@swsessions.com). A cornerstone of this whole program for Lena is nature as a healing mechanism – for mental disorders, substance abuse, trauma and so on. You may not live near one of our coastlines, but you’re certainly near nature. Hopefully soon, some of the tenets of the program will be made available around the world so you can utilize nature to heal, too.

All photos shot by Elli Papayanopoulos for Saltwater Sessions 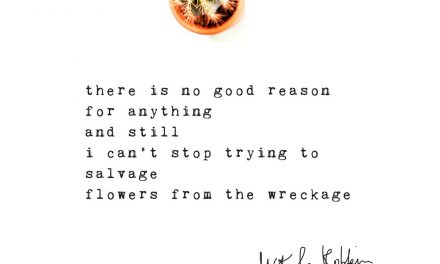 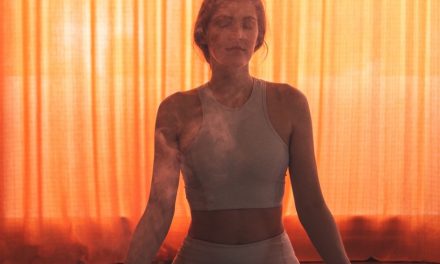 The OTW Anger Series | Breathwork To Release by Ashley Neese 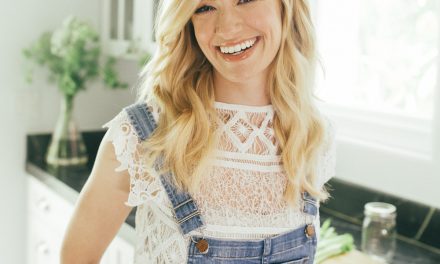 Taking A Moment for Me | The Total Me-Tox Book 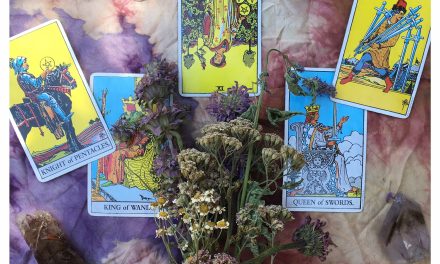 Monthly Channeled Forecast | August is for Showing Up