“…anyone, anywhere in the USA texts 741741. Each texter is connected with a Crisis Counselor, a real-life human being trained to bring texters from a “hot moment” to a “cool calm” through active listening and assistance in problem solving, all via text. “

Hope and help are just a text away.

2017 has felt exceedingly tragic in some pockets. Global affairs are a mess, and many self-identifying, gender-specific and cultural groups are under mainstream attack; freedoms are being jeopardized. Several prominent artists were waging battles we thought they’d overcome. Between 2007 and 2015 there was a 31% increase in suicide rates among young men, and for young females the suicide rate doubled. Suicide is the tenth leading cause of death in the U.S. alone, the number one killer of men aged 20-50 in Britain, and the second leading cause of death among individuals between the ages of 15 and 34.

Recently, the 15th annual World Suicide Prevention Day was acknowledged, kicking off an entire week of Suicide Prevention awareness. While suicide rates are going up, there is a tide change: we’re talking about the underlying factors that can lead to suicidal thoughts and actions: unchecked depression, stigmas around men displaying vulnerability and emotions, cyberbullying and teens’ addiction to social media causing a torrent of suicidal activity, and even international, viral suicide pacts found in the depths of the internet.

U.S.-based Crisis Text Line was born from DoSomething.org, the largest organization for young people and social change and one I’ve revered for years. Dozens of DoSomething.org members were texting in to ask for personal help from CEO Nancy Lublin, and thus a crisis response team was born.

Here’s how it works: anyone, anywhere in the USA texts 741741. Each texter is connected with a Crisis Counselor, a real-life human being trained to bring texters from a “hot moment” to a “cool calm” through active listening and assistance in problem solving, all via text. All of their Crisis Counselors are volunteers who donate their time to help people in crisis.

Now, when they say volunteers, it’s important to note the commitment and training these people make. It includes a 200-hour commitment; a background check is performed followed by interviews and a 30-plus hour training, vetted by topnotch organizations and therapists. These volunteers are superheroes with a cell phone. To date, they’ve handled 45 million messages. I had the privilege of speaking with the LA Director, Maggie Van De Loo, recently so that we can share their work and their needs with you.

If you are experiencing suicidal or desperate thoughts, please text the Crisis Text Line team at 741741. If being on the receiving end of a texter in need speaks to you, they are actively searching for more volunteers as they keep growing and are looking at global expansion. You can sign up here.

How many people work at Crisis Text Line, part time or full time?

We currently have over 70 full-time employees, spread across the U.S., and 4000 volunteers.

What are the common elements of the volunteers’ backgrounds?

They’re very diverse, and that’s because America is a really diverse place. When I talk to friends who want to get involved, the first thing they say is, “I don’t’ work in mental health” or “I don’t have a background in mental health or psychology, so I’m probably not a fit”. We take everyone who wants to help! We have college students, veterans, and older parents volunteering for us. This is one of the only volunteer opportunities I know of that is pretty wide open in terms of who can be involved because it’s so flexible- people from every walk of life, including people who are hearing impaired. Our supervisors have crisis counseling backgrounds and advanced mental health degrees to make sure volunteers and those in crisis always feel comfortable with the text conversations and feel there is some resolution. They are always monitoring the platform and the activity on it, to support volunteers with the text conversations.

What is your background, prior to joining the Crisis Text Line team?

I’m one of the ones that come from a psychology background. I studied Psychology and Education in school and then spent three years at UCLA conducting research on bipolar disorder in kids. While I was doing that, it was really rewarding and absolutely intellectually stimulating, but it sort of felt like I needed to do something that was currently helpful, in the field, and that became Crisis Text Line.

Wow, you are so uniquely prepared for this role you have. Bipolar Disorder is a challenging one, but I would imagine particularly in youth, as they’re still developing.

Yes, I think I am! In my research, I focused on high-risk youth, so I do feel really prepared, both from the perspective of previous training in crisis counseling but also from the experience of working closely with kids who were really struggling. All of this really informs why I choose to do what I do now.

What does your team do when you feel as though you can’t diffuse a caller’s crisis or emergency via text?

Right, everything we do is via SMS, and we also have an integration with FB messenger, so people can send messages that way as well. Through our integration with Facebook, if someone posts something that seems  alarming, friends can flag that, and the poster will receive a pop-up message alerting them that someone is worried about them and inquiring if they’re ok. Same with Instagram.

We do not offer a call-in number, but if a texter or volunteer feels as though the situation needs to be escalated to a phone call, we will provide them with the National Helpline number. Past that, if we feel as though they are an active risk for suicide and they cannot commit to a safety plan, or deescalate, , we do what’s called an “active rescue”, in which case a crisis counselor would connect with supervisors to enact a risk assessment protocol we have in place. For instance, we would contact local law enforcement and ask for them to conduct a wellness check on the person. We do about 13 of those a day. Our main focus is always on diffusing risky feelings and keeping people calm before it comes to that.

What do follow-ups look like? How do you determine the situation has been handled and you can move on?

We aren’t a replacement for therapy, and our goal is always to work with texters to move from a hot moment of crisis to a cool calm. Part of our volunteer training is risk assessment and helping the texter put together a plan of action of what they can do immediately, tomorrow, or something to keep on their radar anytime these feelings arise, like calling a doctor or therapist, etc. Once that conversation has gone on for a while and reached a point of collaboration and seeming calm, then counselors usually say something like, “We’ve been talking for a while now. How are you feeling?” It’s an incredibly important part of our training to never end a conversation until the texter states they are ready to, they feel empowered and ready to move forward independently.

And what about international expansion? And is there anything else like this in other countries?

That is something we have a team of people working on – how to do that and when. We are looking to expand to Canada and the UK soon! There is nothing like Crisis Text Line abroad that I know of, and if there is, certainly not to the scale of our organization.

Though texting isn’t for everyone. What are the origins of Crisis Text Line, and was that a consideration?

We came from Do Something actually. The embryo of Crisis Text Line came from actual experiences they were having with launching campaigns and people not responding to emails. So, one of the young interns had this ideas that for the next campaign they should just text people since they had phone numbers for their audience as well. The open rate shot up to about 98% when they did this, and there was all this positive engagement. They also started to get messages back that were out of flow, meaning had nothing to do with the content of the campaign. For instance, there were responses like, “I don’t want to go to school tomorrow because I’m being bullied.” Or “I’m having a panic attack.” The one that Nancy, our CEO, always talks about is a text we received from a young woman, and its contents were something to the effect of, “He won’t stop raping me. It’s my dad. Are you there?” That was an eye-opening turning point. Texting was clearly an avenue that young people responded to. If they’re willing to text strangers, then help needs to be offered in this arena,

Do you see the content or the severity of the texts change in the immediate aftermath of national/international tragedies? For instance, the suicides of Chris Cornell or Chester Bennington?

The deaths or outspokenness of celebrities on certain issues absolutely causes an average of 20-30% increase in our traffic, usually about two days after an event. We also have a 15% higher rate of first-time texters after major events such as death of celebrities and public figures, so we know that we are reaching new parts of the population. In the 24 hours following Chester Bennington’s death, we saw a 1.5x increase in conversations around suicide and family in our network, and 22% of our conversations involved him in that time frame. In the first six days following his death, we processed as many messages  as we did in our first six months as an organization.

Public deaths are such a tragic double-edged sword – bringing awareness and honest discourse to important issues but at the expense of a life.

Absolutely. I think, anecdotally, particularly when it comes to music this is true. So many of our texters when asked about what makes them feel calm or safe or happy – they say music. So, any musical artists have their own struggles and share what they can through their music, and that creates such a bond between musicians and fans. I think a lot of people were in a lot of pain the week of Chester’s death, and Chris’, and during many other recent losses.

What kind of help and volunteers are you looking for right now?

We really need committed volunteers, of course, but we are specifically looking for: West Coasters and early risers. Volunteers can help  from wherever – on vacation, coffee shop, anywhere at any time. We keep a detailed schedule of when volunteers will be signing in to help so that there are always people waiting to receive and to answer texts.

Thank you, Maggie and Crisis Text Line, for this intensely important work. 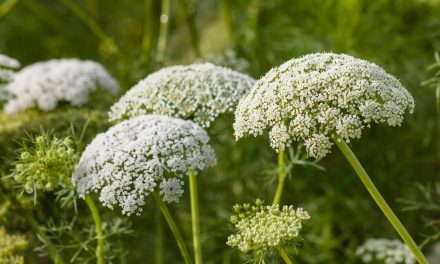 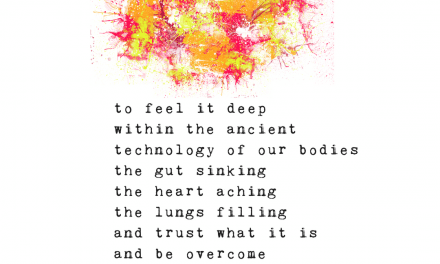 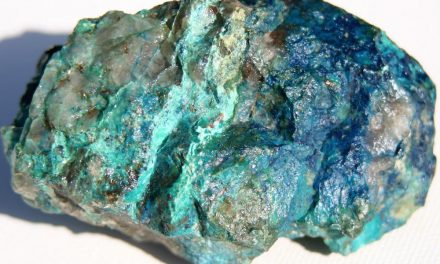 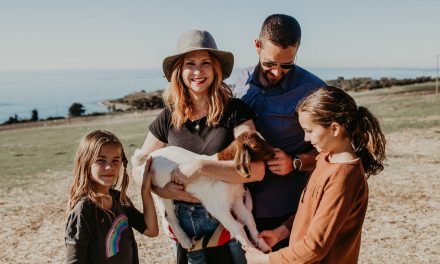