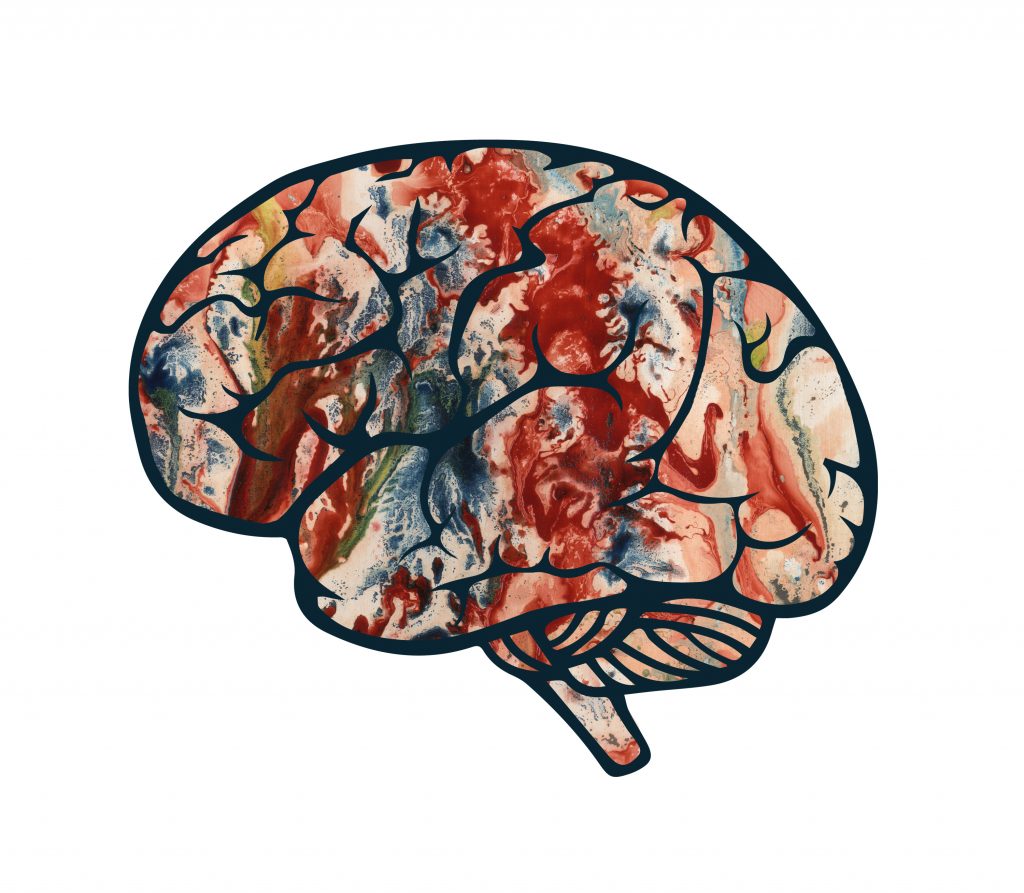 “…all emotional disease affects the organ systems. The liver is the seat of anger and primitive emotions.

Every organ system has a corresponding emotional component.”

When I first walked into Dr. Shirley’s house/office two years ago there was no way I could be prepared for what “sessions” with her would be like, despite the overview I was given from my dear friends who referred me. I was coming to her primarily for physical health – to tap into her as a naturopath and a nutritionist. The preceeding years had been characterized by internalized stress for me, and I suspected I was experiencing some moderate to extreme adrenal and hormonal issues. But in truth, I didn’t walk in with a distinct need or a script I hoped we’d follow. Somehow, in retrospect, I knew I had found a complicated doctor and healer to help answer complicated whole body and mind questions.

Dr. Watson is a QRA practitioner, a CCN (certified clinical nutritionist) and a Doctor of Chiropractic, specializing in nutrition and wellness. While she truly and enthusiastically sees patients with a spectrum of symptoms, she is a go-to health practitioner for people with chronic ailments. She is a firm believer that “ill health is the soul’s voice wanting to be heard”, and she is the very definition of a ball buster, really. I can’t encourage you to visit her site and consider working with her more, near or far. Following is an enthralling catch-up conversation I recently had with her for our Anger Series.

In your time of working with patients how often does anger seem to be one of the dominant reasons, the driving force, causing physical ailments?
Anger and resentment are known to affect the liver and the kidneys. You know, all emotional disease affects the organ systems. The liver is the seat of anger and primitive emotions. Every organ system has a corresponding emotional component. Though more than one organ can be affected by certain emotions. In my experience, ALL illness has a major emotional component; the emotions are the major player. Sometimes you don’t know which came first, the emotion or the illness – at least some people say that – but I believe it’s the emotions that get imbalanced and manifest physically, at least in many cases. So in reverse, with liver problems you’ll usually find that the person has a lot of anger and dominant primitive-type emotions. They often take the position of victim.

Victimization of various kinds is pervasive with most of my clients – the belief they are victims of circumstance – so one of the things I do in my work is focus on affirmations. Through that and counseling I try to help facilitate these people into the realization that they are creating their own reality and in some ways are creating their own illness. That’s the good news AND the bad news, but on the good side this truth is totally empowering: ‘Wow, if I’m creating this then I can uncreate it with the right tools’. Same with anger. It’s challenging to convince people they’re somewhat responsible for what they’ve created and their illness. After 27 years though, I tend to draw in clients who have the propensity for understanding, even if it’s a fairly new concept for them. And if they don’t, I let them know we’re not compatible, and I refer them to other doctors.

I know through working with you as a patient in the past that apart from your experience and knowledge base you’re wildly perceptive and very blunt in your assessments. What are some of the tell-tale signs someone is holding onto anger?
It’s really pretty intuitive, to be honest. You know, I’ve been a meditator for over 40 years, and it’s to the point that when someone walks through my front door I almost have some of their dominant ways of being pegged before they open their mouth. That’s also after decades of massage therapy, being a doctor, and even working in the restaurant business. You read people! Body posture is certainly part of it though. If a patient comes in and crosses his or her legs, arms or both, I’ll say ‘would you please uncross your limbs and open up your body so that we can have a conversation’. Those are generally signs of angst, a lack of openness to let go, or protectiveness.

Can you think of any clients who had physical issues that you came to find were a direct result of internalized anger or resentment?
Well, again, in my world, I can’t work without addressing both: emotional and physical. I had one patient in particular who, through the process of working together, discovered something monumental about her childhood. Based on her anger, I asked her one day if there was any possibility she was molested as a child. She was adamant that she had not, and then on her next visit she walked in and said ‘I was; I was molested. Something we did opened that up for me’. So we went through affirmations of forgiveness. Removing any victim aspect empowers people. And affirmations are absolutely incredible tools to facilitate the reprogramming of the subconscious mind.

Body work is also integral to most of my healing work: Reiki, massage, chiropractics – it breaks out the emotional stored memories. If you can do body work in conjunction with therapy you can loosen up the cancers, so to speak, that are stored in our bodies from negative thoughts and beliefs. I’ve always been a strong advocate of doing the body work but also doing the emotional work. And I do a mudding technique that helps clear the electromagnetic field around your body. So the way I clear anger is very multi-dimensional. You can’t just put a Band-Aid on a gaping wound.

Yes, I remember the mudding, but what always helped me loosen up was the talking along with the mudding.
What I’ve found is as we’ve begun to jolt the body and the electromagnetic field via the mud, things come out of the mouth. Also, if you think the main reason you’re here is to get mudding other than to be ‘in therapy’ things come out more readily. There isn’t an expectation of having to perform as the client in therapy. So I just start talking, you know, and the next thing you know we start getting into issues that are now stored in the body that could create disease but originated as emotions.

Do you believe or find that women hold onto anger or shame more because it’s not as societally accepted to discuss it, to demonstrate it?
It’s an interesting question to begin with because there’s an assumption in there that women should be able to express anger because then they’ll be in a better place. My take on it is: people who are angry and resentful are people who feel like they are victims, and I believe that we all create our own reality by where we focus. So if we are focusing on situations in the world where things are not working and people are being abused this creates a resonance, and we draw more of that to us. My belief is you don’t focus on anger and resentment other than acknowledging it, locating where in your life you’re experiencing it or feeling a victim of that, and then come to an understanding somehow – through therapy, through body work, through affirmations, meditation, etc. – of how you can change it.

You don’t necessarily need to vent your anger, but you need to come to the understanding that you have a choice in being angry. I think the belief that if society were more accepting of women demonstrating anger or of women being more honest about their anger is a false belief. Women just being aware of why they’re angry and shifting it is most important. Is this a male dominated society? Yes, it absolutely is, but the more anger is exhibited the more it’s given that name; and the more it’s talked about the more it’s put out into the world and more anger is spawned. I am in full agreement: our society allows men to express anger more readily, and I DON’T BELIEVE THAT’S A GOOD THING.

So, you believe the best way to deal with anger from a whole mind/body viewpoint is to acknowledge anger and right away heal it and move on from it? Don’t linger there?
The Law of Attraction is what it’s all about! So, if someone sits around feeling righteously indignant then they’re just going to continue to exist in the expression of anger. Who wants that?!

For many people, that is the most difficult and most nuanced principle of life: the law of attraction and what we think about, resonate with, the most becomes our reality.
Yep, it’s just how it works. And even taking that further, the question should be: why do I even have that button that someone just pushed? Why am I even getting mad? You can’t be controlled by negative emotions if you don’t have the button to be pushed in the first place. That is the hardest work in life. This is core to Buddhist philosophy, too. The societal acceptance of men expressing anger is how war is also acceptable and why we engage in it. I don’t want that for women or for anyone.

It seems to be a more readily acceptable belief that hating someone does the possessor a disservice and eats him or her alive, not the subject of our hate, but that concept doesn’t seem to be as readily applied to other states of being, like anger.
That’s absolutely true. Overcoming anger requires that we also acknowledge gradations in people – where they are in the process of acknowledgment and understanding it. Anger management has to happen for many people in stages. You have to start somewhere. So maybe the first and hardest step for many is realizing that they are the ones choosing to be angry. To me, that’s totally empowering cause realizing that’s true provides you with the ability to unchoose it. Then perhaps actual anger management courses make sense for some people – and so on and so forth. 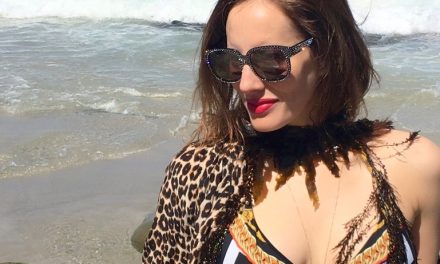 Liz Goldwyn | On Intimacy, Spiritual Sexuality + Art Through the Ages 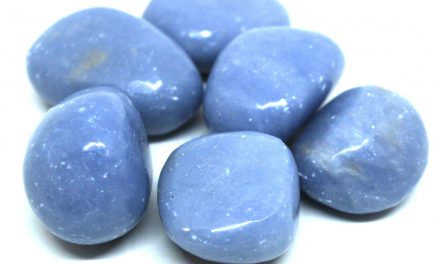 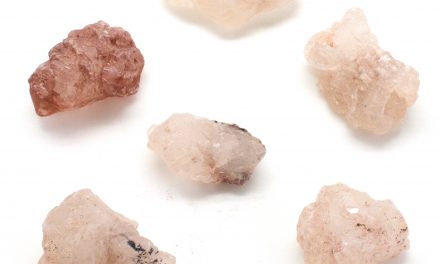 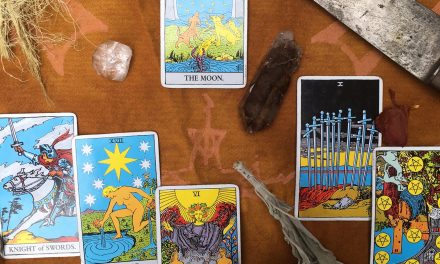 Monthly Medicine | May is for Transmutation